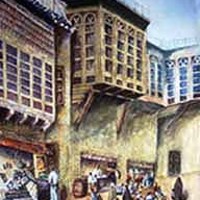 Violette writes: I have seen a map of the city in the 17th century and now realise that, in the second decade of the 20th century, it had hardly changed in size or, I suppose, in character. In the old quarters there were no street names: you simply referred to a street by the name of the richest family living there – for example, Kutchet Beit Baher where all the Bahers lived. The alleyways were always filthy, as street cleaners were unheard of, and they formed a labyrinth in which it was easy to get lost. They were lined with sellers, not all of them nice. A barber would squeeze himself into a corner: he might have no shop but this did not stop him offering a range of interesting services besides shaves and haircuts – pulling teeth, for example, and lancing boils in full public view. Further down the lane could be a knife sharpener, then you might come across pedlars selling such delicacies as taaza ya fijil, fresh radishes with long leaves, or khastawee ya nabeg,  berries  as sweet as dates, weighing them using old-fashioned iron scales, with their produce on one side and rocks, instead of lead weights, on the other. They were always cheating and bargaining. 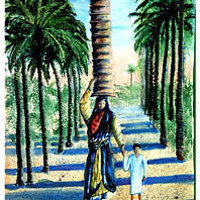 Passing the unpainted mud-brick houses in the poor quarters, you might see at the top of their doors an old shoe or a threadbare slipper nailed there as protection against the Evil Eye, with Jewish homes adding a mezuza with its short prayer to protect the house and those in it. You might come across the milkmaid with her cow, just managing to squeeze through to visit the homes of newborn babies so their mothers could be guaranteed a supply of fresh milk. She would milk the animal on the doorstep, always being watched carefully to make sure she did not dilute the milk with water. And through all this there was the remarkable sight of young country girls arriving from distant villages and heading for the Shorjah, the main market. Piled on their heads were towers of ’elba laban, wooden yoghurt containers that slotted together. Each load could weigh up to 90 pounds – over six stone! – and were often as tall as the girls were.

For our water, we had the river, just as in biblical times. Every day, men called saqqas used to haul up water in goatskins and fill our hubb, a massive earthenware container. Due to Baghdad’s dry climate, water evaporated through its pores, cooled and then dripped gently into a clay receptacle to be filtered through muslin into pitchers and used for drinking and cooking. Another container held water that was to be used for washing. It was quite a business, with each household appointing its own trusted saqqa to keep the supply coming. 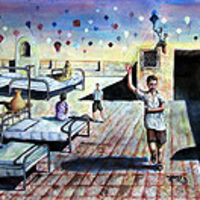 We slept on the roof all through the scorching summer which never seemed to end. And right in the middle of it, just when we felt we were on fire, came Tish’a-Bab, the Ninth of the Month of Av, a three-week period of mourning when, by chance, most of our own tragedies occurred. It was at this time that the boys of the city either made or were given kites to fly. I don’t know how they managed to fly them without a breeze, but they would go up on the roof at daybreak and sundown, and if you looked up, you could see several high in the sky. Some were especially colourful. They even played a kind of kite war. 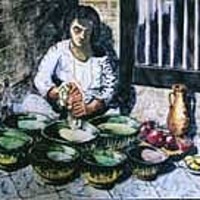 Underground, in the sirdaab pantry, the family stored dozens of small jars of sherbet and silaan, or date syrup, each with its brand new hand-made lace cover. We made our own sherbet in various flavours, from rose petals, orange blossom, apricots, peaches, pomegranates and many other fruits – and almonds,’ says Violette. ‘It was more like a cordial, which was diluted as necessary. Like the silaan, it was to last all year, for our own consumption as well as for entertaining. 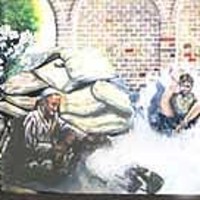 Then came the neddaaf. His task was to fluff up fresh cotton for new mattresses and eiderdowns and the cushions and backrests of the takht (benches) in the outside areas, to replace the previous year’s, which would now be given to charity. We always had everything newly made and gave away the old. Sometimes we would save one or two of the old ones as spares for the many guests who would spend some weeks with us in summer. The neddaafwas known to everyone as the teeteepampa – an odd name which probably came from the huge bow he brought with him, just like the bows of wood and string small boys made to shoot arrows with. First, he would undo the matted cotton and then proceed to fluff it by twanging the string of the bow, starting on the outer edge of the pile and working through it until it was all fluffy again – and the buzzing sound it made was just like his name: ‘Tee-tee-pam-pa!’ Finally, he would fill the fresh cushion and mattress covers and sew them up.
It was a delicious feeling when, once again, I could sink gently into my soft, springy mattress. But I would ask Nana if I could possibly keep my old eiderdown because it was now softer and lighter and I knew the new one would be hotter from the fluffed-up cotton, and the new cover would be starchy, noisy and scratchy. Sometimes she would let me. At this time of year, we were still sleeping on the sat-h (rooftop) although we usually took alebbada (bedjacket), for at dawn the breeze was cool. 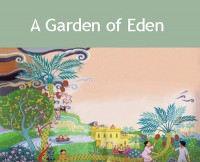 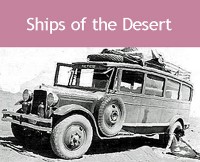 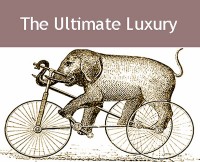 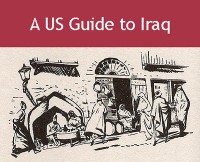